His four other siblings were much larger all between 100gms and 150gms.  Another sibling was found dead on the road, and the mother had not been seen for a while. Snuffles had fly strike, and had not been able to come out of the nest like his other siblings so was very close to death. It took us an hour and a half to clean off the fly strike and pick off the eggs, and fluids had to be administered. Snuffles had to be hand fed every two hours all day, and throughout the night.

By the end of the first week Snuffles had gained enough weight to be moved onto a diet with more solids in it. He was now being fed every four hours both day and night.

By week Two it was clear that Snuffles and his family had problems with lungworm. It can be passed across the placenta from mum. This is possibly why she abandoned the nest if she was too ill to continue feeding and looking after the babies.

In the wild if a hedgehog is ill it either takes itself away from the family or mum removes it. 2016 was unusual because whole families were abandoned due to females being unable to find enough food and water.

Snuffles and his siblings arrived in late summer and had to stay with us throughout the winter. He was released at 750gms in the spring with his siblings. 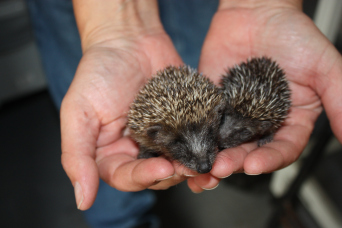 Snuffles, on the right of the photo, was admitted with his 4 brothers and sisters after being abandoned by mum. He was 45 grams.

Patch was found in Weatheringset by two of our regular helpers who found him out during the day with a severe strimmer injury on the top of his head.

He was named Patch for obvious reasons! Our vet surgically cleaned this very deep wound and carefully created a method of holding the dressing on. The dressing was cleaned and treated on a daily basis and a course of antibiotics given. Due to the stress of what happened to him Patch developed a severe lungworm infection which also had to be treated. After a lot of loving care and rehabilitation Patch was returned back to the wild several months later having made a full recovery.

Unfortunately other hedgehogs with strimmer injuries have not been so lucky! 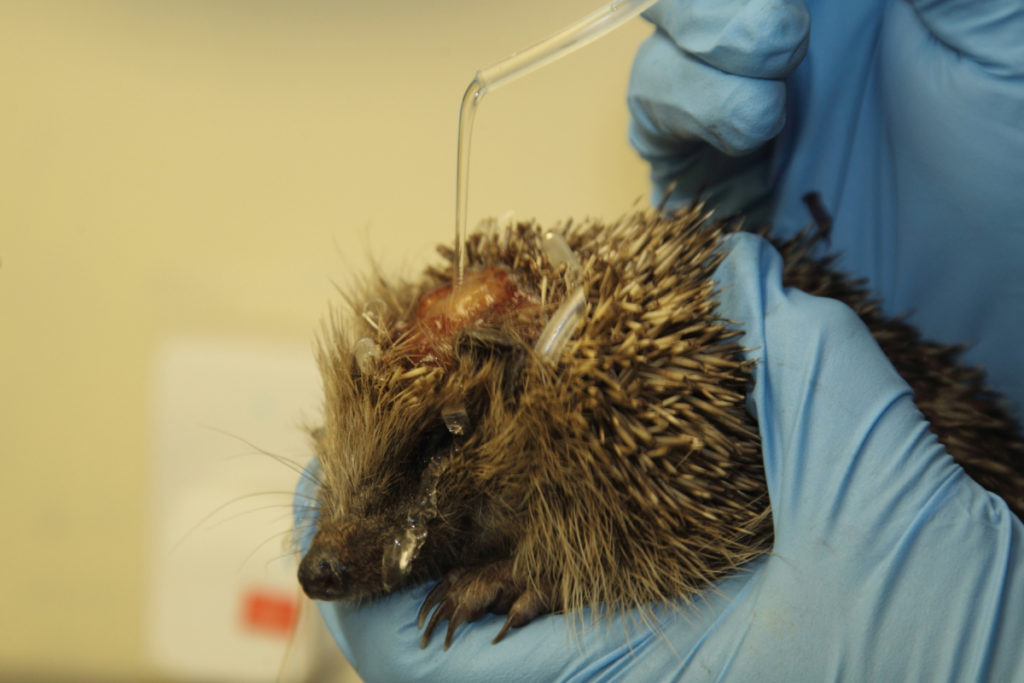 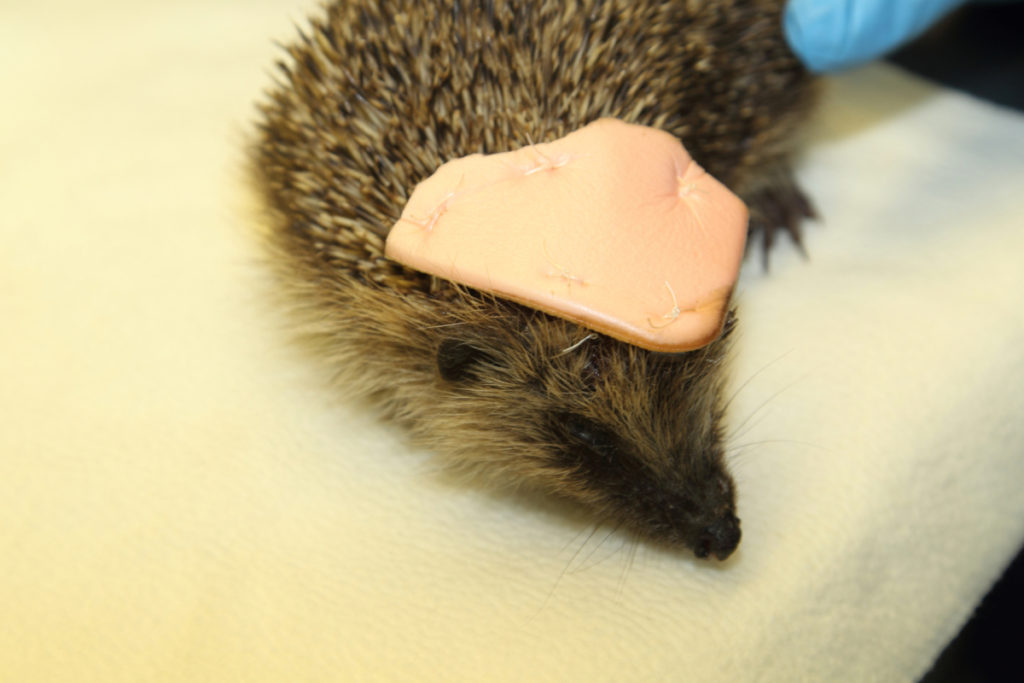 Primrose arrived having been found walking in circles on a patio in Ipswich. She had been bitten by another animal across the nose and it had blinded her completely. She had severe lungworm, an infection and was heavily pregnant when she arrived.

After several weeks treatment Primrose successfully gave birth to 5 babies. Unfortunately two of them had the remnants of infection in their placentas and died shortly after birth. Three of the babies however have grown into healthy juveniles and mum has had the run of our enclosed garden to teach them all the hoggie skills they need before being released into the wild. 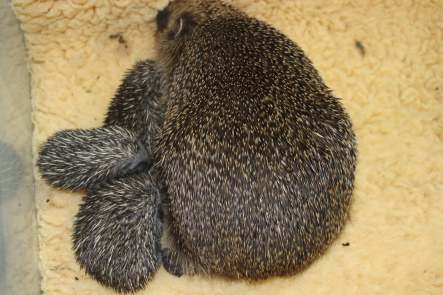 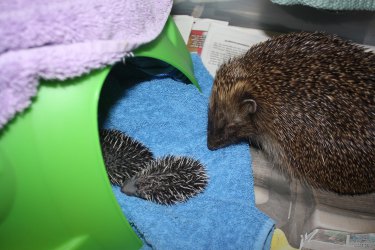 Bramble was 50gms and losing weight when she came to us from another rescue. Her other two siblings had already died. Bramble had severe ringworm and sarcoptic mange and could not put on any weight because she felt so poorly. After a real struggle to keep her alive by hand feeding little and often and putting her on a course of bathing, skin creams and antibiotics she has pulled through and grown to adulthood. She had some time readjusting to the wild in an enclosed garden before being released. 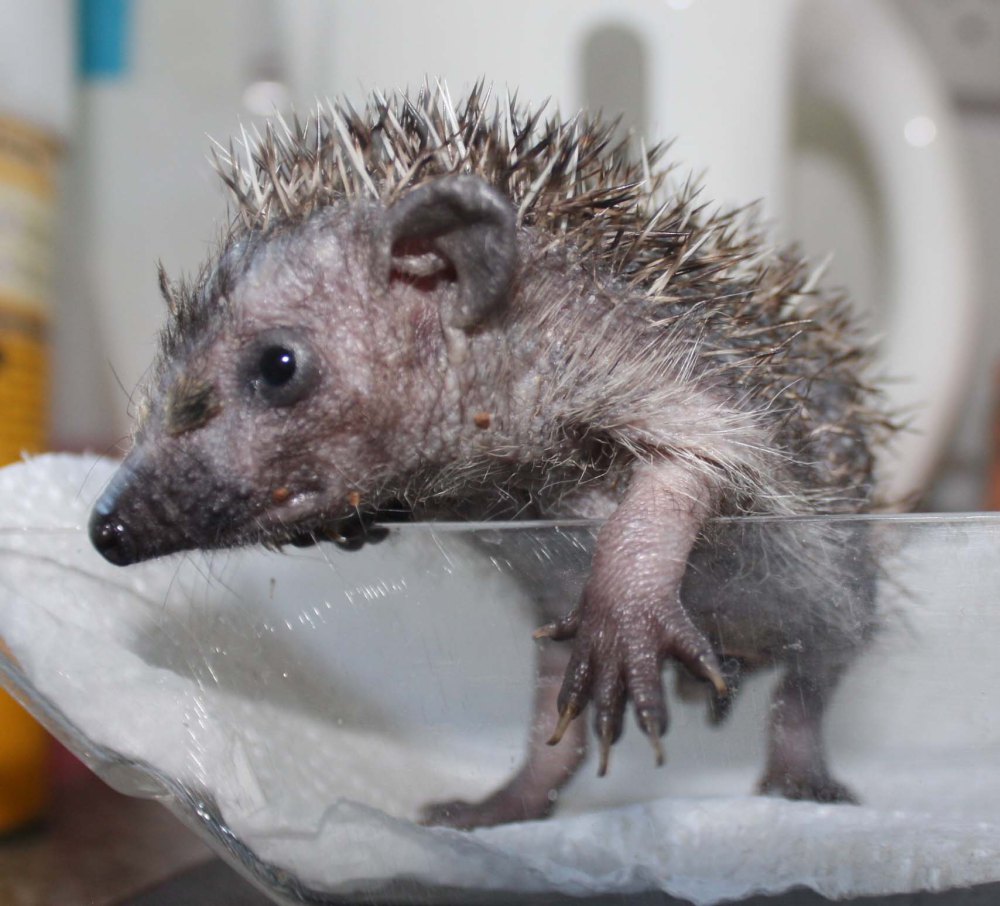 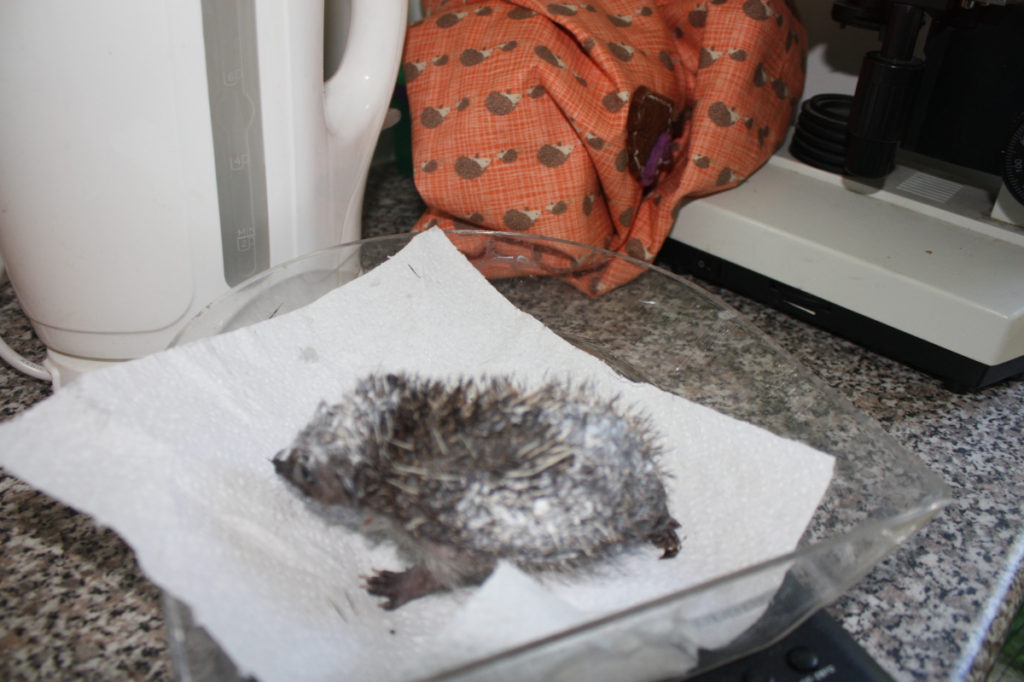 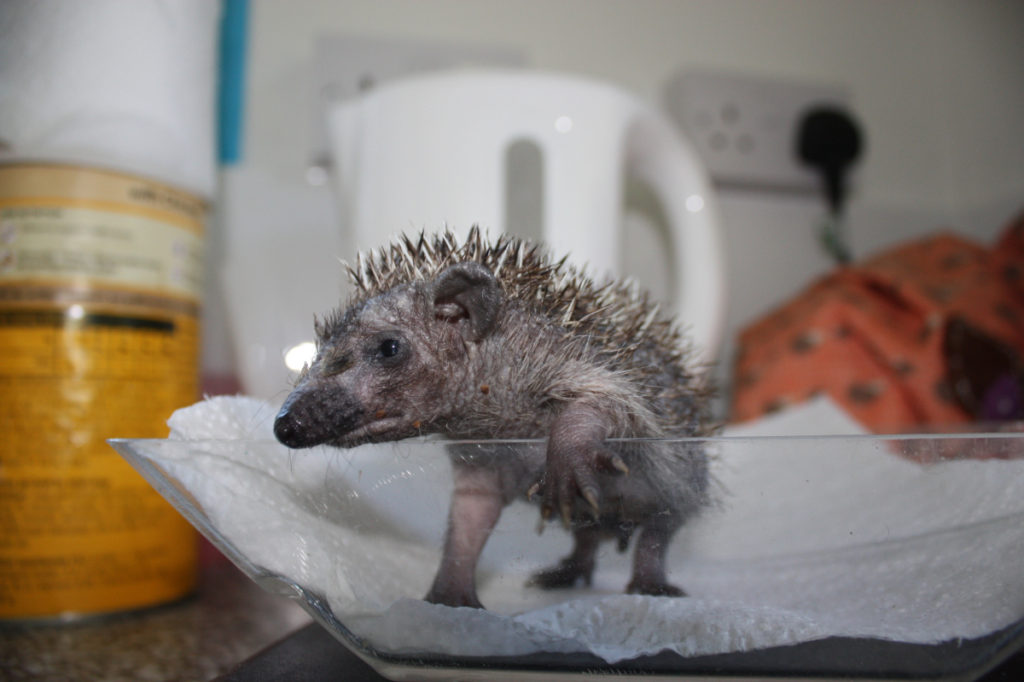 Have you found a hedgehog that looks sick,

To make sure we have the funds to continue helping hedgehogs, we’re asking you to make a contribution either financially or from our Amazon wish list.

Suffolk Prickles Hedgehog Rescue is a registered charity (1176194) rescuing and rehabilitating sick and injured hedgehogs in Suffolk and Essex, in addition to educating others about hedgehog care and conservation.