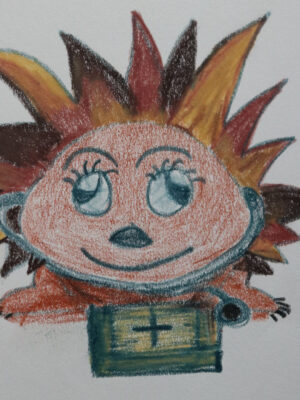 Elona has always liked hedgehogs since finding one in her garden as a child, however, it was not until she met Paula that she became more aware of their plight.

Elona works as a registered veterinary nurse and behaviourist at the veterinary practice the charity uses so has hand on experience with the ill and sick hedgehogs and on occasion has a few to look after herself! Apart from just being a secretary

Elona has opened her garden yearly as an event and wants to become more involved in the charity alongside her husband who helps answer the telephones!

Suffolk Prickles Hedgehog Rescue is a registered charity (1176194) rescuing and rehabilitating sick and injured hedgehogs in Suffolk and Essex, in addition to educating others about hedgehog care and conservation.